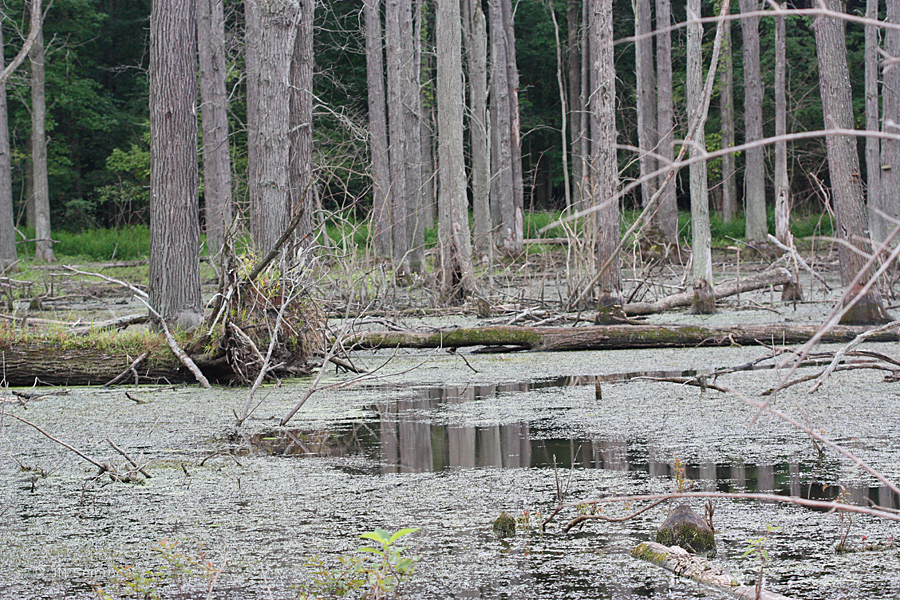 The Medina County Park District’s acquisition of a tract off Fenn Road is the latest link in a corridor of conserved land through parts of Medina and Medina Township – one that is two miles long and covers more than 600 acres.

The park district worked with the nonprofit Western Reserve Land Conservancy to acquire the 87-acre Medina Marsh, which is located south of Fenn Road and east of Pearl Road in Medina Township.  The Medina Marsh parcel connects the county park district’s 41-acre Vansco Nature Preserve to Medina’s 308-acre Reagan and Huffman parks, which in turn are adjacent to Lake Medina, a former reservoir that is now a 190-acre county park.

Experts say such natural, unbroken corridors are important to wildlife and plants and contribute to a higher quality of life in a community through outdoor recreation opportunities and higher property values.

Medina Marsh is not yet open to the public.  When it is opened, park district officials said it will be a nature preserve available for passive recreational use, educational pursuits, research and nature study.

Park District Director Tom James said the district is pleased with the opportunity to preserve additional land in the Rocky River corridor.  He said the newly-acquired land has been considered as important for some time.

“The park district identified this area as an important wildlife and natural resource corridor when the first Master Plan was written in 1978,” James said. “The Category 3 (highest quality) wetlands and other vital natural resources on the property will make this an excellent area for nature education in the future.  Having this additional acreage greatly enhances the wetland restoration activities previously conducted on the adjoining property to the west.  We appreciate the assistance of the Land Conservancy throughout this process.”

The property is next to the West Branch of Rocky River and hosts a variety of natural habitats, including two Category 3 wetlands – the highest quality in Ohio – totaling 32 acres and a heron rookery with about a dozen nests. The wetland habitat includes lowland woods, marsh, and scrub/shrub communities.

Medina Marsh’s western boundary is less than 50 feet from the main stem of the West Branch of the Rocky River, and the floodplain forest on site increases the forested buffer along 1,450 linear feet of the West Branch.  Another linear mile of tributaries to the Rocky River flow across the property.  Project officials said this is a valuable long-term water resource protection project that will maintain and improve water quality in the West Branch and in the larger Rocky River watershed, a state-designated impaired water body.

In 2012, experts from the Cleveland Museum of Natural History visited the property and documented the presence of the Skullcap Skeletonizer Moth on the property. It was the first record of this species in Medina County and only the second record of the species in Ohio.  In addition, experts from the Ohio Lichen and Moss Association assessed the Medina Marsh property in September 2012 and identified Leska Moss on the property, which is also a Medina County first.

“This is an extraordinary piece of property in terms of natural resources and will provide an important link in what will be a beautiful, protected green corridor along the banks of the West Branch of Rocky River,” said Rich Cochran, president and CEO of the Land Conservancy.  “We are grateful to be able to assist the Medina County Park District, which is one of our very best conservation partners.”

Andy McDowell, vice president of western operations for the Land Conservancy, praised the park district for acquiring the Medina Township land and thanked township trustees for “their vision in supporting this important project.”

Township Trustee Ray Jarrett thanked the Land Conservancy, the county park district and the funding sources for preserving the land, adding that “their efforts and the foresight of the residents, who live in the Rivendale subdivision (off Fenn Road), saw an opportunity to place 87 acres in a conservation easement… (It) serves as a valuable long-term water resource protection project.  This will help to maintain and improve water quality in the West Branch of the Rocky River sub watershed and the larger Rocky River watershed.”

Northwest of Medina Marsh, along the West Branch of Rocky River, are several other preserved properties, including the Cleveland Museum of Natural History’s 33.5-acre Medina Sanctuary off Watkins Road and the county park district’s 42.7-acre Palker Wildlife Area off U.S. Route 42.

“The acquisition of the Medina Marsh property by the Medina County Park District and the Land Conservancy is a huge win, both for the West Branch of the Rocky River and for the watershed as a whole,” said Jared A. Bartley, Rocky River Watershed Coordinator for the Cuyahoga Soil & Water Conservation District.  “Because the Rocky River Watershed has lost so many of its wetlands and headwater streams over the years, it is impossible to overstate the importance of preserving intact these high quality and increasingly rare habitat types.  That it is connected to existing parkland and other protected properties makes it even more meaningful from a habitat and watershed protection perspective.”

Formed in 1965, the Medina County Park District now has more than 20 properties and manages more than 5,200 acres.

You need to be a member of Rocky River Watershed Council to add comments!